The Business Ledger highlighted Mr. Spencer's humble beginnings, starting Perma-Seal with just one truck and one employee--himself. After more than 37 years, his company services over 10,000 Chicagoland and Northwest Indiana clients each year and employs nearly 250 dedicated, passionate people. A true testament to commitment, ethics and integrity!

DOWNERS GROVE, IL  –  On January 25, 2015, the Pitch and Hit Club of Chicago awarded Roy Spencer, President and Founder of Perma-Seal Basement Systems, with their Meritorious Service Award for his accomplishments in both the world of business and men’s amateur baseball. Spencer and several of his Perma-Seal staff members as well as many of his MSBL teammates attended the 69th Annual Awards Banquet at the Tinley Park Convention Center.

The Pitch and Hit Club’s President, Peter Caliendo, is proud of their mission to expand, develop and promote the great game of baseball at all levels. Established in 1942, the non-profit organization is particularly interested in reaching out to youth in local communities to increase involvement in baseball. 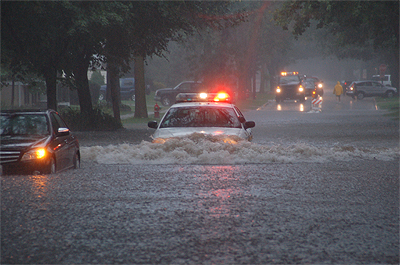 Perma-Seal was recently featured in an online news article from The Bugle. This week marks the 1 year anniversary of the wild and wet weather that rolled through town last spring. Many homeowners were shocked to find that their basement had flooded, or that they had huge puddles of water on the floor. Over a 2 day period, between 5-10 inches of rain fell in northern Illinois and Indiana. As a result of these torrential rains, a lot of homeowners were asking what they can do to prevent this problem in the future, and what can be done to help with the damages.

Perma-Seal has been in the waterproofing business for nearly 35 years now, and they have worked with homeowners throughout the Chicago and northwestern Indiana area. There are many basement water problems that come during the spring months, and as a homeowner, you need to be prepared for the worst. Roy Spencer, owner and president of Perma-Seal, says that many calls received last year at this time were for problems with basement flooding due to city sewer backups, failed sump pumps, subsurface flooding, or from the overflowing streams and rivers in the area.