Why Should You Repair Your Leaky Basement in Chicagoland or Northwest Indiana?

A lot of Chicagoland and Northwest Indiana homeowners may not understand why they should have their leaky basement repaired. They may not have a finished basement, and for this reason, they think they can overlook what goes on in this area of their home. The fact is, regardless of how much time you spend in your basement, if it leaks, you need to have the problem taken care of immediately – before it gets worse – and it’s going to get much worse!

We know a lot of homeowners might worry that a wet basement could potentially cost them thousands of dollars to repair. As with most home repairs, the sooner the problem is addressed, the higher the likelihood of being able to utilize the most cost effective solution. In every home and in every situation, Perma-Seal certified consultants and trained technicians will do everything we can to make the entire basement repair and waterproofing process as fast and affordable as possible. We realize that there are other things you’d rather spend your money on, however, protecting the health of your home is one of the most important things you can do for yourself and your family. 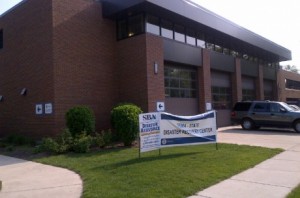 DON’T MISS OUT! Next Tuesday, July 9, is the deadline to register for FEMA assistance. Illinoisans who were affected by the April 16 to May 5 severe weather and who have not yet registered for federal disaster assistance have only one week left to call FEMA’s toll-free registration line at 800-621-FEMA (3362) to find out if they are eligible for disaster assistance. Visit //www.fema.gov/disaster/4116 for the latest news and to find out where you can go this weekend for valuable information and assistance.

A "Perma-Sealed" Basement Adds Value To Your Home