A city in Illinois, Joliet is named after the French-Canadian explorer, Louis Jolliet. The fourth-most populated city in the state, it has a population of about 148,000 and is the state’s fastest growing city.

Joliet sees an annual precipitation level of about 37 inches, and this accounts for many of the city’s flooded and damp basements. Whether it is caused by the weather or damaged pipes, a wet basement is never good news. Water is highly erosive and it can wreak havoc not just on your basement’s floors and walls, but on your home’s foundation, as well.

Joliet DIY Sump Pump Installation - Why it's NOT Recommended! 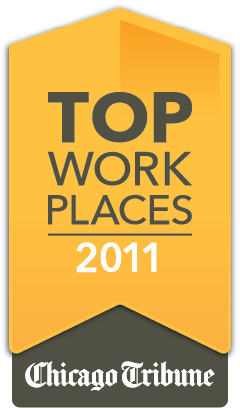 Perma-Seal Basement Systems is delighted to announce that it has been named a 2011 Chicago Tribune Top Workplace in Illinois by its very own team members.

A city in Will and Kendall Counties, Joliet in Illinois is located just 40 miles southwest of Chicago and is the state’s fastest growing city. First planned out in the early 1830s, Joliet has evolved to become the home to close to 147,500 residents today.

Given the city’s proximity to Chicago, it’s not hard to imagine Joliet having the same climate as the Windy City. With hot summers, cold winters, and thunderstorms common during spring and winter, Joliet is inundated annually with a precipitation level of about 37 inches.

Lying 40 miles southwest of Chicago, Joliet is a city in Illinois with a population of about 147,000. One of the state's fastest growing cities, it is the fourth-most populated in Illinois and has been featured in several TV shows and films.

The city is pounded yearly by thunderstorms, mostly common in spring and summer. Add to that the harsh winters, many basements and crawl spaces in the city tend to be more wet than dry the whole year round.