Burr Ridge, IL (November 28, 2018) – Perma-Seal Basement Systems held a ribbon-cutting ceremony to celebrate the grand opening of its new headquarters located in the heart of Burr Ridge at 412 Rockwell Court. 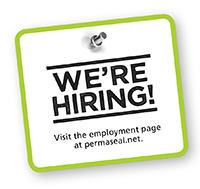 Perma-Seal is calling ALL LICENSED PLUMBERS, SEWER TECHNICIANS & CAMERA/ROD TECHS. Our Plumbing Department continues to grow and we can use your help. Not to be left out, we’re also in need of Sales Consultants and Installers. If you or someone you know is looking for a great employment opportunity, click here to visit our website and view a list of our current open positions. Or if you’re in the area, stop by our Downers Grove office to fill out an application.

If you want to help make the world a better place while providing for your family and your future, Perma-Seal is a great place to start. 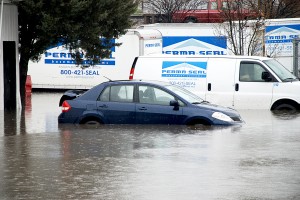 Downers Grove, IL – On the morning of Thursday, April 18, 2013, thousands of Chicagoland homeowners awoke to flooded basements and streets. At Perma-Seal, what should have been an extremely busy day of answering phones and internet requests for estimates, instead was a day of trying to salvage equipment and setting up a temporary office to try to help those in need. When the Downers Grove office they’ve occupied for over 20 years was overcome with floodwaters from a nearby river, Perma-Seal lost their power, phones and many service vehicles. Yet, in spite of this major catastrophe, they rallied their troops and have been working tirelessly to respond to every inquiry as quickly as possible.

Roy Spencer, owner and president of Perma-Seal, has seen a lot of water damage in his 35 years in the business. Although he and his entire staff have always understood how disastrous water damage can be for homeowners, dealing with the flooding of his office has given him even more empathy for those who are underwater. The good news is that Perma-Seal is back up and running and ready to provide service to those in need. Mr. Spencer sincerely apologizes to anyone that was caused an inconvenience by their situation and appreciates the messages they’ve received from thankful customers whose homes stayed dry during the storm. While they don’t have the power to stop overflowing rivers from engulfing entire neighborhoods, Perma-Seal is determined to help homeowners who are repeatedly dealing with sewer backup due to overwhelmed city sewers. They also have simple solutions for anyone living with an inefficient sump pump or without a battery backup. There are ways to keep basements dry and healthy, and Perma-Seal is ready to help. For a free estimate or more information about Perma-Seal, call 800-421-SEAL or fill out the online form. And, if you are interested in working for a GREAT company, submit your resume in Microsoft Word Doc or Adobe PDF format to [email protected].

For the past 32 years Perma-Seal has created happy, healthy basements all over the Chicagoland area. Those basements (and their valuable contents) are very thankful!

Over 250,000 families have trusted Perma-Seal to protect their treasured items, and so should you. Take advantage of our limited time offer. Take 10% off (up to $300) all services purchased by January 31,2012. Some exclusions apply. See your Perma-Seal consultant for complete details. May not be combined with any other offer, promotion or discount. 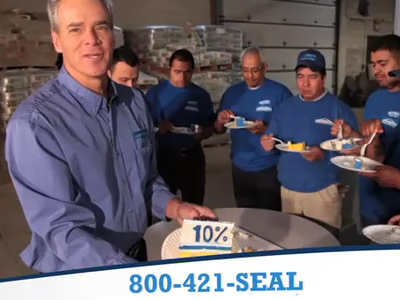 The last three days of Perma-Seal’s 10% off sale are here, and we expect hundreds of calls over the weekend. Chicago area homeowners want to take advantage of this opportunity to repair their basements, foundations and crawl spaces before the spring thaw, they’ll save 10% when they hire Perma-Seal. 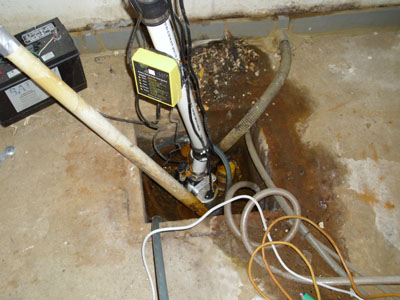 A while back, we held an Ugly Sump Pump Contest. We announced our winner last week! Terry Bell from Ottawa, IL  is excited about his new sump pump. We will be scheduling an installation with him in the following weeks.